Statement from the CEO

Statement from the CEO 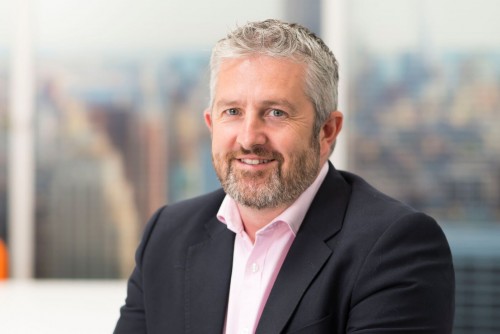 I am sure very few of us would have known just how 2020 would play out, and what an unusual and hugely challenging year it has been.

We have been inspired by some of our client's stories of resolve, innovation and pure motivation to keep going, to grow their businesses in whatever way they can. Not every business has managed to survive this pandemic, and I spare a thought for those who have not been so lucky.

For us at the GS Verde Group, we have been fortunate to have had positive news across the Group this year;

GS Verde Group:
In September, the Group was recognised by the Wales Fast Growth 50 list for a third consecutive year, something that few businesses achieve and something the Group is very proud of.

The Group has also made a number of strategic appointments, including that in November, vastly experienced corporate lawyer Paul Cooper, joined as a non-executive Director.

Just last week, the Group announced the inclusion of Dragonfly, a marketing and PR agency, to its stable of businesses, enabling our clients to benefit from marketing support where required. The news also confirmed the appointment of David Dulieu as Development Director for the Group.

Verde Corporate Finance:
Verde has experienced its busiest year since inception, working on a large number of traditional transactions, as well as pivoting to support business owners needing support during the pandemic with grants, CBILS and other refinancing options.

In November we launched a brand new digitised investment platform called the Elevate investment network, which is supported by the wider Group but managed by Verde Corporate Finance

A number of new appointments, including that of the appointment of experienced senior banker Dave Shalliday as non-executive Director, bringing with him a wealth of valuable experience to support the team.

Greenaway Scott:
In October, Greenaway Scott announced the appointment of a new Managing Director, Rhian Osbourne, as she looks to further the growth of the law firm.

In summary:
2020 has been a strange year for everyone but we end it at the GS Verde Group with a lot of optimism. This year, the changes to our Group will take us just north of £3m revenue and 45 staff, and we are primed and in shape to grow substantially in 2021, through Wales, Bristol and the South West of England.

On behalf of all of my colleagues across our Group, we wish all of our friends, clients and contacts a happy holiday season, and a safe and prosperous 2021.